PUTIN and the rise of Russia 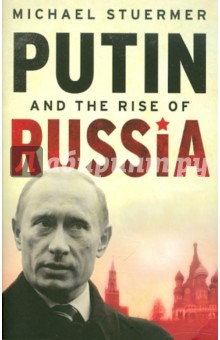 1443руб
Купить
When the Soviet Union collapsed, the world was left wondering about its destiny. Russia is still an enormous power with a population exceeding 140 million, immense military resources and giant energy reserves — in short, a vast land full of promise and opportunity. Russia has the potential to be a force of stability or a force of turmoil, but when it comes to global affairs, can she be persuaded to join the world order? Will yesterday’s revolutionary power become tomorrow’s stabilizer? Professor Stuermer’s authoritative and timely account considers a Russia going through a defining phase after the departure of Vladimir Putin. History is on the move: we face an open and challenging future in which Russia, for better or for worse, will play a key role.