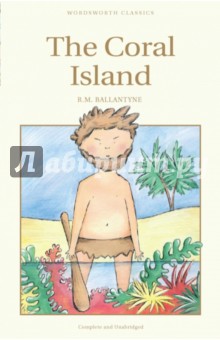 289руб
Купить
The Coral Island — A Tale of the Pacific Ocean — opens with the shipwreck on a Pacific Island of the young friends Ralph Rover and Jack Martin and Peterkin Gray. Despite the pleasurable presence of delicious breadfruit, coconuts, and succulent oysters, the intrepid trio are not alone and they soon witness a battle between rival bands of cannibals led by 'Bloody Bill'. Their lives are placed in serious peril from which only courage and determined pluck can save them. An enormously popular adventure since its publication in 1857, it provoked William Golding to write Lord of the Flies, offering an alternative view of how English boys would behave when released from the constraints of civilisation.

309руб
Купить
Kipps and The