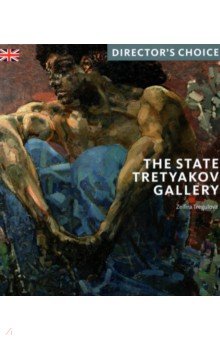 3511руб
Купить
The State Tretyakov in Moscow is the world’s foremost repository of Russian fine art. It was founded in 1856 by the influential merchant and collector Pavel Tretyakov, who presented it as a gift to the city in 1892. It is now an extensive museum complex, encompassing several buildings and containing over 130,000 exhibits, ranging from exquisite and mysterious 12th century icons to politically charged works of 20th century Soviet socialist realism. However, it remains true to its original aims of connecting the people of Russia to their cultural identity and sharing this rich heritage with the wider world. In this book, Director Zelfira Tregulova selects her personal highlights from this vast collection, providing a revealing insight into the history and meaning behind some of the world’s most significant artworks.